MYTH: "When a fire occurs, every sprinkler will activate and everything in the house will be ruined."

FACT: In the event of a fire, only the sprinkler closest to the fire will activate, spraying water directly on the fire, leaving the rest of the house dry and secure. Roughly 85 percent of the time, just one sprinkler head operates.

Because fire sprinkler systems react so quickly, they can dramatically reduce the heat, flames, and smoke produced in a fire. Fire sprinklers have been around for more than a century, protecting commercial and industrial properties and public buildings. What many people don't realize is that the same life-saving technology is also available for homes, where roughly 85% of all civilian fire deaths occur. 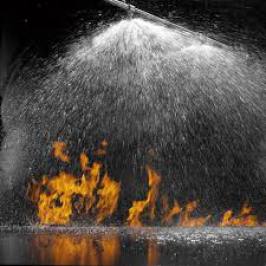